‘Springhigh’ (US Plant Patent 16,476) was released by the University of Florida in 2004. It has become popular as an earlier-ripening addition to ‘Emerald’ and ‘Jewel’, especially in central and south-central Florida. It blooms about a week and a half before ‘Star’ and begins ripening approximately nine days before ‘Star’. Fruit are large and have excellent flavor, but have less waxy bloom, making them appear darker than average, and fruit are softer than most other commercial cultivars. The pack-out for ‘Springhigh’ has been reduced in some years because of a higher than average incidence of soft berries. Picking at frequent intervals during the harvest season is usually necessary to minimize the occurrence of soft fruit in packing and grading lines. 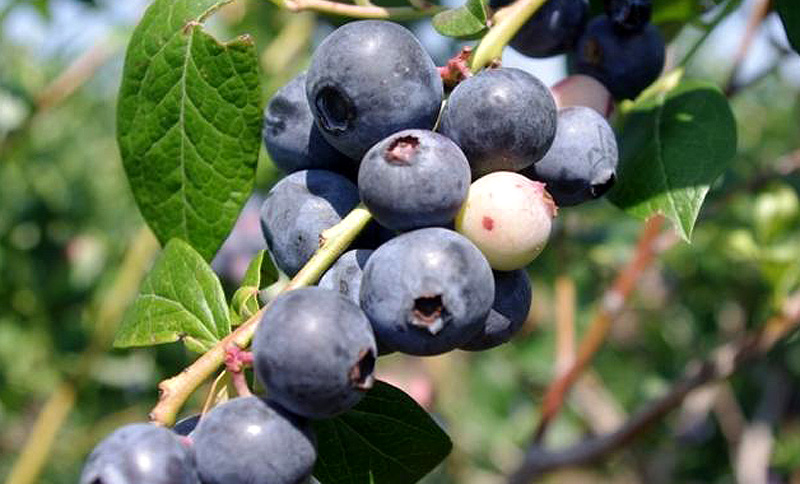